Closed borders, travel bans and halted immigration: 5 ways COVID-19 changed how – and where – people move around the world 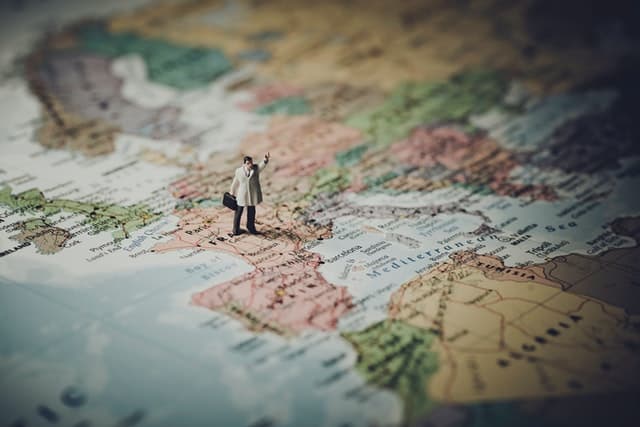 Closed borders, travel bans and halted immigration: 5 ways COVID-19 changed how – and where – people move around the world

Most countries closed their borders, at least partially, at some point last year. But the world is starting to reopen.
COVID Border Accountability Project, CC BY-SA

After the World Health Organization declared COVID-19 a pandemic, most countries in the world closed their borders – though public health experts initially questioned this strategy for controlling the spread of disease.

I study migration, so I began tracking the enormous changes in how and where people could move around the world. The COVID Border Accountability Project, founded in May 2020, maps travel and immigration restrictions introduced by countries in response to the COVID-19 pandemic.

Here is how our world shuttered – and how it’s starting to reopen.

Travel restrictions peaked right after the World Health Organization declared a pandemic on March 11. That week, our data shows a total of 348 countries closing their borders, completely or partially.

Complete closures restrict access to all noncitizens at international borders. Partial closures – a category encompassing border closures and travel bans – restrict access at some borders, or bar people from some, but not all, countries.

Most countries stopped all foreign travelers from entering at some point last year.

From Finland to Sri Lanka to Tonga, 189 countries – home to roughly 65% of the world’s 7.7 billion people – put a complete border closure in place in response to the COVID-19 pandemic, according to our database. The first to isolate itself from the world was North Korea, on Jan. 22, 2020. The last was Bahrain, on June 4, 2020.

Most countries eventually eased border restrictions, and many opened their borders only to close them again as COVID-19 cases spread globally. By the end of 2020, roughly half of all countries remained completely closed to noncitizens and non-visa holders except for essential travel related to health emergencies, humanitarian or diplomatic missions, commerce or family reunification.

Last year 193 countries closed down partially, restricting access to people from specific countries or closing some – but not all – of their land and sea borders.

Among these, 98 countries introduced targeted bans, which restricted entry to specific groups of people based on their recent travel or nationality. The first travel bans targeted China, followed soon by other countries that experienced the earliest known outbreaks of the novel coronavirus.

For instance, the United States was quick to pass a string of targeted travel bans, barring travelers from China first, then Iran, and then 26 European countries.

Most countries added land border closures to air travel bans, including the United States. In March the Trump administration closed its borders with Canada and Mexico.

4. Restrictions on US residents

Americans faced serious restrictions on their movement last year, too. People in the U.S., with its high COVID-19 spread, were barred from 190 countries either specifically – via a travel ban – or generally, due to closed borders.

The U.S. passport, usually one of the world’s most powerful for travel access to other countries, ranked 18th place in 2020. Regions newly off-limits to Americans include most of Europe and nearly all South America.

Of the 98 countries that implemented targeted bans, 42 specifically restricted all visa seekers from entering the country. The week following the U.S. closure of immigration offices worldwide, 20 countries, including the Philippines, Benin and Nepal, stopped issuing all visas. More than 100 visa bans barred visa seekers from specific countries or groups.

In September, the Trump administration halted the U.S. asylum program, barring refugees from seeking asylum. The only other country that explicitly targeted immigrants and asylum seekers with a COVID-19 travel ban was Hungary.

I initially wondered whether international travel restrictions would stay in place after the pandemic ended, leading to more permanent restrictions on freedom of movement.

[Get facts about coronavirus and the latest research. Sign up for The Conversation’s newsletter.]

But, by and large, the world is reopening. By the end of last year, 137 of the world’s 189 complete closures had been lifted, and 66 of the 98 targeted bans had ended.

In addition to the staggering numbers of closures and the occasional international spats, I’ve been struck by the level of cooperation between countries, especially within the European Union. Virtually every EU country complied with the bloc’s travel recommendations – a testament to its ability to manage crisis as a unified region.

“Normal” is a long way away.

Nikolas Lazar, Thuy Nguyen and the COBAP Team assisted with this story.

Virtual Offices Vs. Serviced Offices – Which One Is Best?